The store will not work correctly in the case when cookies are disabled.

Turism and leave my daughter for study
Lyon is just wonderful!!
+
Electric bikes

(Re)discover Lyon, a former Roman city, the remains of which still stand proudly in the Fourvière area, with its panoramic views and neighbouring basilica.
Thanks to your electric bicycle you can glide along effortlessly, and really make the most of this guided urban tour.

If ever there was a symbolic location in Lyon that all the city's inhabitants love and recognise at a glance, it is Fourvière hill. This is where Lugdunum, the capital of the Gauls was first built more than 2,000 years ago. Cycle through the remains of the Roman theatres which now host an essential summer event: the Nuits de Fourvière festival, and admire the panoramic view from the Jardin des Curiosités, and the famous esplanade in front of the basilica.

Set off again in direction of the Croix-Rousse district, which literally refers to the plateau situated behind the fortifications built by Louis XII in 1512 and separated it from the slopes. An ochre-coloured cross was erected at the entrance to the city, thus giving its name to the small town. This hill first belonged to the Gauls, and opposed to Fourvière, which was inhabited by its lifelong rivals, the Romans. Over the centuries, the slopes and plateau grew and went on to house the silk workshops.
Follow in the footsteps of the silk workers, or Canuts, and hear all about their stalls in Vieux-Lyon, and their revolts in the Croix-Rousse district.

Please ensure you arrive 15 minutes before the tour commences.
Booking is necessary
Cancellation free of charge 72 hours before schedule activity
For children aged 12 or over, or measuring at least 5 foot (1.5 m)
Helmet are supplied (and compulsory)
#gourdefriendly In Lyon, we refill your drinking bottle with a smile! At the begining or at the end of your tour, take advantage of your visit to the shop to fill your water bottle free of charge.

Metro A or D > Bellecour 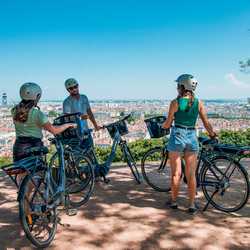 An expression opposes Fourvière, "the praying hill" and Croix-Rousse "the working hill". It is even said that in the past people in the religious orders in Fourvière could sometimes hear the weaving machines being used by the canuts… 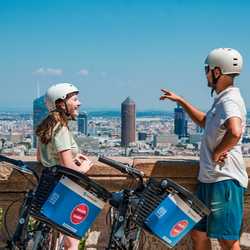 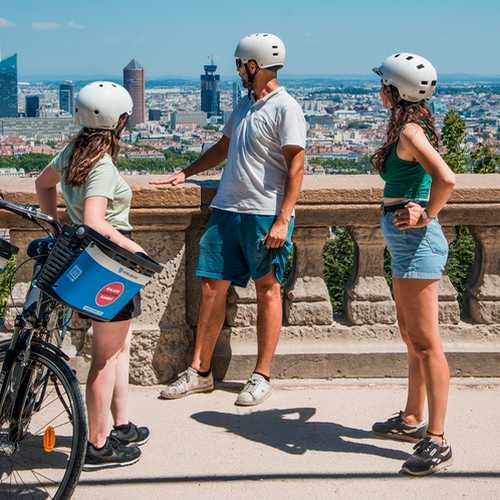